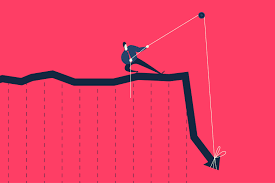 As this global pandemic grips the world and sends a stampede of investors to the exit some contrarians are wondering whether the bottom in risk assets has been reached.

Let’s look at the first scenario, that the stock sell-off is cyclical and that the bottom in risk assets will be reached at the end of this new secular stock bear market.

The longest secular bull market in living memory has ended, with a 20% drop from the stock market high and what we could be looking at (if you are taking an optimistic view) is a new secular bear market. 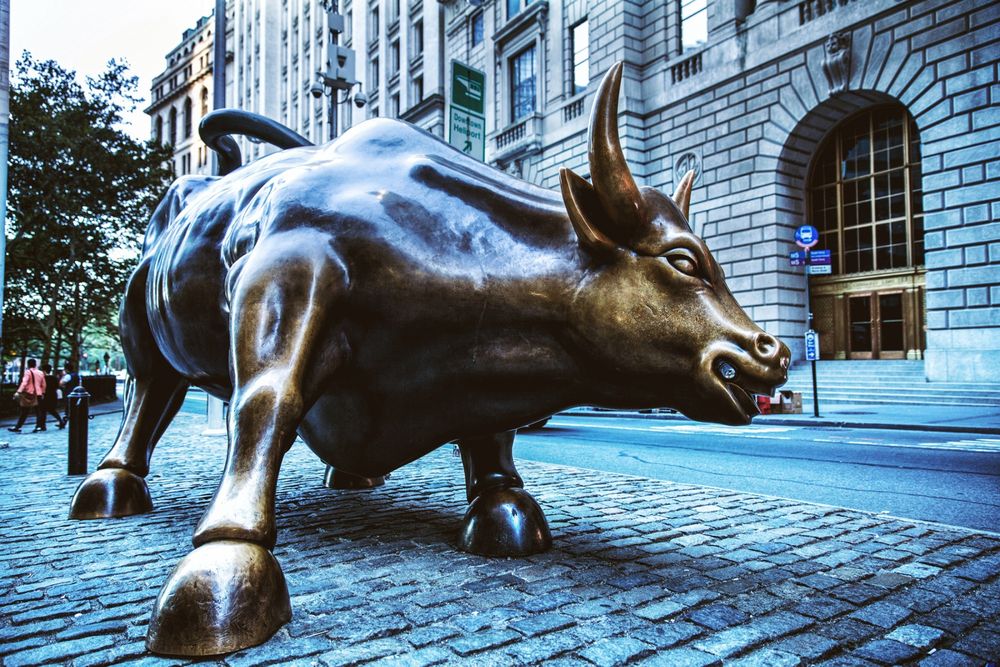 “The longest secular bull market in living memory has ended, with a 20% drop from the stock market high”

If this is a new secular bear market, then we will need to understand stock price movements in this new market cycle to have some success in forecasting the bottom in risk assets such as stocks.

A secular bear market can last from three months to three years and it is characterized by small relief stock rallies where stocks make lower highs, then the selling resumes and stock prices keep making lower lows.

Peak fear or bull capitation occurs when the VIX Index exceeds 80 as it did during the 2008 financial crisis. 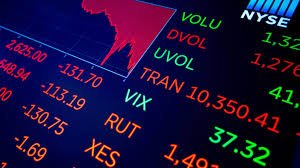 Moreover, from a fundamental stance, the bottom in risk assets often coincides with dire headlines which spur on peak fear, market capitulation. In the coming Greatest Depression, 30% of Americans could lose their jobs, according to the Federal Reserve Bank of St. Louis President James Bullard.

Unprecedented job losses are expected to occur in the second quarter because of shutdowns to combat the coronavirus, with an unprecedented 50% drop in the gross domestic product, according to the Fed’s James Bullard.

While no two events are identical in history The Great Depression News headlines from the 1929 stock market crash could provide us with what to keep an eye on.

Like all stock market crashes, it starts with investors in panic, mass selling, a crash, then a temporary rally followed by another sharp decline, capitulation, then a bottom and stock prices lay there for a while.

The last Great Depression lasted from August 1929 to June 1938, almost 10 years. The US economy started to shrink in August, months before the stock market crash in October. It then began growing again in 1938, but unemployment remained above 10% until 1942, which was when the US entered World War II.

“Advanced economies are in a transition phase of the fourth industrial revolution, the digitalization of everything” – Win Investing

Finding the bottom in risk assets is different today, bearing in mind that COVID-19 has shut down the global economy

Advanced economies are in a transition phase of the fourth industrial revolution, the digitalization of everything.

So I believe the recovery, could be a systemic reset into a brave new world, which will have a huge impact on the way humans transact commercially, interact socially and also how future generations are educated. The digitalization of everything will no longer be an option but a must for survival. The amazon effect throughout entire industries, the end of notes and coins(virus carriers) and the beginning of digital currencies, RFID chips in humans. Education will move almost entirely online.

The bailout of everything, households, businesses may usher in a totalitarian state with mass surveillance. Universal Basic Income (UBI) will be a tool to control the slimmed-down surviving human livestock that will have a choice, either comply or be demonitized.

It will increasingly be enforced by an army of robocops, digital cameras with AI face recognition technologies, and drones. The new digital sheepdogs will loyally keep the herd within their sectioned zones. There will be no, or little resistance against this totalitarianism . The surviving population post the great reset will demand it, but it will be in the form of the bailout of everything and UBI. The social revolution will not be televised because there will be no revolution. The human livestock will willingly submit, resign their freedoms except their incarceration and lick the globalist hands that feed them.

“When eventually a bottom in risk assets is found, those stocks that are surviving the demolition phase of enforced lockdowns of peoples and economies will eventually boom” – Win Investing

But keeping with the theme of finding a bottom in risk assets in a systemic crisis and a reset, if you believe this is what is playing out, will come when the global elites have willingly demolished the existing system, for it is not about the survival of their systems but rather who remains in control in the coming new world order.

When eventually a bottom in risk assets is found, those stocks that are surviving the demolition phase of enforced lockdowns of peoples and economies will eventually boom

The new world order stocks, uniting global serfs and further enriching their feudal corporate lords will thrive. My fifty cents worth is that capital will flow into FANGS and Fintech revolution stocks.

The term “FANG” refers to the stocks of four technology companies: Facebook, Amazon, Apple,Netflix, and Alphabet. Although their business models vary, they each share the use of advanced technologies to acquire and retain users.